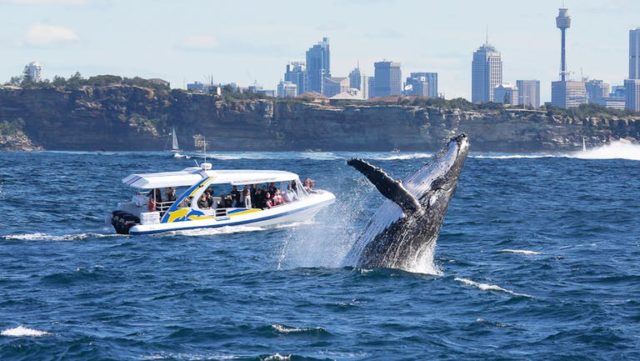 If you want to watch whales, the best place to do so is Sydney, Australia. No other wildlife activity is quite as exciting as viewing whales or seeing them up close. In this case, you would be viewing the migration of humpback whales. These aquatic mammals regularly migrate from Antarctica to Queensland. Therefore, a whale watching cruise in Sydney is an ideal way to celebrate this journey.

In fact, each year during the period from April to August, the whales travel past Sydney so they can enjoy the warmer coastal waters off the shores of Queensland. Therefore, if you have always wanted to partake in this activity, now is your chance to do so.

It is not surprising that this part of the year in Australia, and Sydney in particular, is a favourite season. People who participate in Sydney whale watching will find that the cruise is relaxing, an excursion that is both memorable and fun. Tour operators know all about the migration process. Therefore, you can learn something at the same time. If you want to schedule a tour, you can book the activity online. Operators usually depart from Darling Harbour.

The whales migrate to Queensland and return to Antarctica as well. Therefore, the whale watching season is divided into two parts, depending on the direction the whales are travelling. From April to the middle part of August, the humpbacks travel north where they give birth and mate in the Coral Sea. During this part of the year, they swim north at about five kilometres per hour (or four knots) and regularly are seen. During the period, humpback pods may enter a Sydney harbour for a short period of time.

From the middle part of August to mid-December, the humpbacks head back to the Antarctic, which is a feeding ground and their habitat for the summer. They do not surface as much during this part of the year. They also swim more slowly during this part of their journey. During the early part of October up until December, the mama whales and their newborn calves often swim close to the shore. They stop near shorelines to feed and rest.

Whales engage in a number of behaviours during migration, including tail slapping, breaching, or mugging. Mugging whales get close to the boats to inspect them. Feeding, as noted, is also a typical behaviour of mothers and their calves.

Besides humpback whales, other whales such as killer whales and pilot whales may pass near the coast. Also, it is common to see pods of bottlenose dolphins and common dolphins swimming along the coastline of Sydney. Dolphins are seen throughout the year from the shore.

Discount Luggage Bags Can Be a Great Buy!