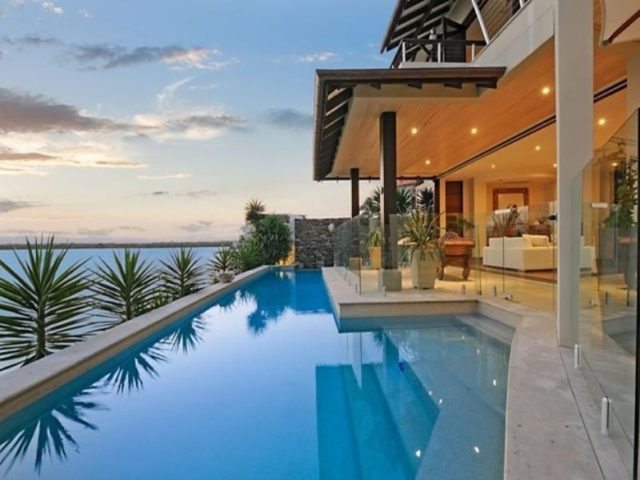 Australia is an appealing travel destination for a lot of reasons. For one, you’ll get nice weather no matter what time of year you visit.  Australia is also an exciting cultural hub that is expanding steadily every day, with everything from secret beach towns to comedy shows in Brisbane to awe-inspiring rural side trips into the Australian countryside.

Whether you have familial ties to Australia, a desire to expand your business, or simply crave a new adventure on the other side of the world, renting a vacation house might be your best option to experience Australia as a local. While the Sydney Opera House is an architectural marvel and the white sands of Bondi Beach are the perfect place to waste away a lazy Saturday, the only way to truly live as an Australian as to immerse yourself in the expat life.

You’re always close to the beach.

Most large Australian cities are coastal, with Canberra as the most notable exception; it is slightly more inland. Historically, this was because of importing and exporting, but nowadays, Australians are likely to stay close to the water because of the vast number of outdoor sports, boating and yachting, and oceanfront restaurants that have cropped up. The waterfront is, essentially, the Australian culture.

However, you’ll have a lot to see even outside of the main metropolitan hubs. Considering most of its population living in coastal regions, it’s amazing how truly versatile Australia is. From the Gold Coast in Queensland to the affluent city of Perth in western Australia, you’ll find plenty to take in, and all of it is breathtaking. If you’re an Instagram fiend who likes to extensively, document their travels, you’ll wind up with more photos than you can manage in your camera.

It’s surprisingly inexpensive to live as an expat.

Because the major Australian cities are highly populous and desirable places to move, they are becoming increasingly expensive. You might wish to seek out a quieter locale with inexpensive housing.

The city of Cairns, in the northernmost part of Queensland, is one such area. So is Adelaide, known for offering a small-town feel with big-city amenities. Best of all, it’s not hard to find a place to live there. Caravan parks in Cairns routinely draw expats seeking a laidback and affordable living experience.

Expats are drawn to Australia’s many vibrant coastal cities, including Melbourne, Sydney, Brisbane, and Perth, but basically anywhere you go in Australia, you’ll be sure to find friendly, welcoming people who will help you get adjusted to the culture. Both natives and “snowbirds” who rent vacation homes are adventurous and exciting people.

Australians aren’t just miles away geographically. They’re also miles ahead of Americans when it comes to sustainable housing. It makes sense that a country so lush and green would capitalize on their unique ecology to drive new architectural developments that work with the landscape, rather than against it. Property developers in Australia are known for their innovative designs, and property owners are always keen to rent out to travelers looking for a somewhat unconventional vacation experience.

Even if you’re not much of a camper, you can find adorable cottages and chalets in rural Australia that provide all the amenities of a traditional rental home at about the same price. Luxury villa rentals are becoming hugely popular among expats and business travelers who need a place to get some shut-eye after crossing several time zones.

8 Reasons Why You Should Hire a Service to Management Your...