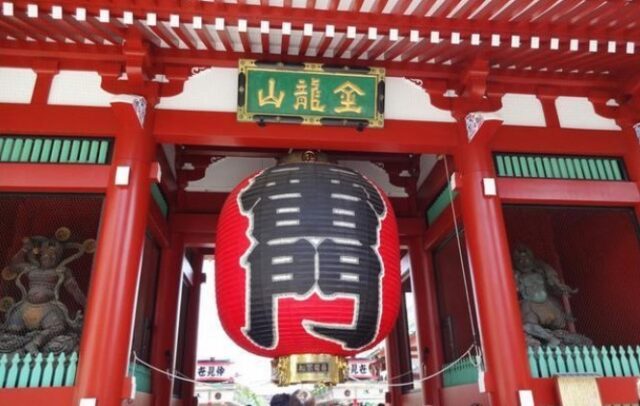 Whenever I was asked to recommend a place to visit in Tokyo, Asakusa was definitely one of the first few options that came to mind. Most people think of Asakusa as a must-see spot on a free trip to Tokyo, but Asakusa is so much more than that, with its lively, lively downtown pace, its contradictory sense of harmony between the old and the new, and its variety of popular foods.

Asakusa Temple used to be the main center of entertainment for the people of Tokyo. In addition to the oldest amusement park in Japan, you can find old theaters, rakugo, manga shows and small izakaya areas everywhere, and from time to time, there are even attractive performers soliciting customers on the street. The glory of that time can be felt again. Take your eyes off the eye-catching red lanterns and follow “Eat! Japan”, together with the streets and alleys of Asakusa, thoroughly explore the charm of Asakusa!

Asakusa under the sun: the bustle of the brisk downtown pace

When you come to Nakamise-dori, you have to start from the “Thunder Gate”! The street is lined with many souvenirs representing traditional Japanese style, as well as “ningyo-yaki” and “senbei”, the unique local products of Shitamachi, and various kinds of popular snacks. The crispy skin and the overflowing meat juices are so satisfying! The “Kuze buns” at the bottom of Nakamise-dori are also excellent, with a variety of sweet but not greasy fillings.

After paying your respects at Asakusa Temple, you can walk to the left of the main hall and see the gorgeous Edo Kabuki-style gate and facade from afar. Asakusa’s famous “Hanazuki-do” pineapple bread is the one with long lines on the left side of the shopping street, and many Japanese are fascinated by its soft and fluffy taste.

Return to the fun of children Asakusa Hanayashiki amusement park

Many people may not know that “Japan’s oldest amusement park” is hidden in the heart of Asakusa! When you walk through the Asakusa Hanayashiki Shopping Street, which runs parallel to Nishi-Sando, you can hear laughter and screams coming from within the walls, and when you look up, you can see the rides peeking out. Asakusa Hanayashiki” (Asakusa Hanayashiki) is an amusement park full of nostalgia and a sense of common people, just like the entire Asakusa area. The rotating coffee cups with a touch of drabness, the stuffed animals and bumper cars that you always clamored to ride as a child make you forget about reality and growing up and just indulge in the joy and beauty of childhood.

Although it is a little bit far from the main street of Asakusa, the Kabanobashi Props Street is a paradise for those who love to cook all day long! There are more than a hundred specialty stores selling tableware and cooking utensils, ranging from the trendy cast iron pots and pans that are a must-have for housewives to traditional and sophisticated Japanese tableware! But be aware that most of the stores are only open until 5:00 p.m., so it’s recommended to visit early.

Asakusa at night: the hidden secrets of the alleys

Asakusa may seem like a “morning-only” spot to most people, but after dark, Asakusa’s “Japanese Edo-style” nightlife is much cheaper than other places, and has a strong Japanese flavor! Asakusa Temple, lit up at night, also has a unique flavor, without the hustle and bustle of the daytime, only the big red lanterns and vermillion temple gates standing quietly in the darkness, making people enchanted.

Parallel to Nakamise-dori, this alley, called “hoppy-dori” or “stewed cuisine street” by local residents, is the most representative night scene in Asakusa. The street is full of old-fashioned izakaya and the space is filled with outdoor seats, and the small alley is full of enthusiastic shouting and laughter from the shopkeepers. The popular Japanese down town snack is “beef suji” (beef stew), and you must come to Asakusa to enjoy the “Tokyo down town night”!

If you want to buy souvenirs in Tokyo, “Marugo and Japan” in Asakusa, which is open until 11 pm, is definitely the first choice for many people. The four-story building is stylishly decorated inside and out, and features a selection of handmade goods and specialty souvenirs from municipalities all over Japan, as well as delicacies delivered directly from all over Japan! If you want to buy some original Japanese souvenirs on this trip, come to “Marugo and Japan”!

What to eat in Asakusa? In addition to the aforementioned shopping street snacks, two of the most popular foods that Tokyoites immediately associate with Asakusa are, without a doubt, tempura and soba! These two foods emerged in the Edo period, when Asakusa was at its peak, and immediately became the representative cuisine of Asakusa. Many people may ask, “What is the “tempura” that is often found in the signboards on Asakusa roads? Actually, “tempura” is the same thing as “tempura”, but the term is older! Eel cuisine, which was popular in the Edo period, also has a place in Asakusa’s cuisine, so try it out when you’re in Asakusa! Click here If you need assistance for travel visa.

Things you have to know before moving to Tampa

Getting Around Europe on a Budget

SENIOR CARE LIVING; WHY IT IS ESSENTIAL

How to Raft on the River and Not Die