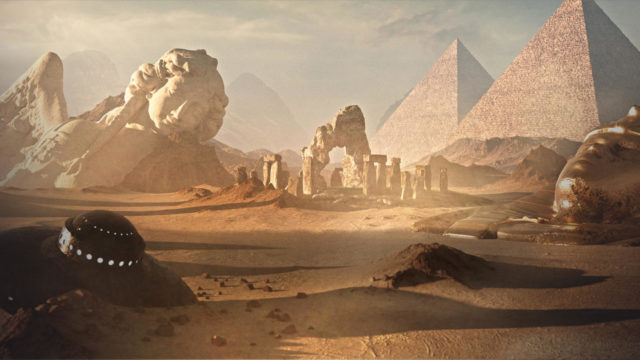 Soaring pyramid temples and ornate palaces are just a few ways to best describe Mayan architecture. They stood in all Maya centers across Mesoamerica. The Maya civilization is known for effecting incredible cultural advances during its height in the Classic period.

Today, millions of people travel to Mexico to see what remains of their civilization. Recent discoveries also show a relationship between the Maya civilization and the Book of Mormon, making it an interesting addition to your Mormon travel.

A laser technology called light detection and ranging (LiDAR) discovered ancient ruins by removing the tropical forest canopy of northern Guatemala through a digital process. Deseret News explains that the canopy concealed such ruins. Researchers have identified artificial features, such as over 60,000 houses, palaces, and roads. All of them remained hidden for centuries.

Many members of The Church of Jesus Christ of Latter-day Saints felt delighted with this news. The recent discoveries show relationships with the Book of Mormon through several passages, including:

The LiDAR images showed that there were 60,000 previously unknown structures. Based on this, the experts estimated that the lowland Mayas during the Classic period has a population of 15 to 20 million. It shows that the Maya population was much denser, complex, and advanced compared with previous assumptions. This information aligns with a situation described by Mormon 1:7: “The whole face of the land had become covered with buildings, and the people were as numerous almost, as it were the sand of the sea.”

Researchers also found that defensive walls, ramparts, terraces, and fortresses are everywhere. This gave them surprising insights into the militarization of the lowland Mayas. In the early classic AD 250-500, warfare was prevalent, which is consistent with scenarios in Mormon 8:8.

The 3-D scans of LiDAR images presented Mayan infrastructure at a never-before-seen level. These revelations enlightened the people about the Maya’s well-developed infrastructure, which included public works systems such as dams, irrigation systems, and reservoirs. In 3 Nephi 6:8, Mormon has a similar description of the construction of highways and road systems.

Mayan Architecture to Visit on Your Trip

The Mayan civilization inhabited a large region of what is currently Mexico and the northern countries of Central America. The fall of their civilization is still unclear but their ruins are present in various places. If you’re interested to witness their fascinating architecture, visit these top three destinations:

Mexico has more to offer when it comes to Mayan ruins. It’s also interesting – or, for some, exciting – to know that Mayans still live today on the Yucatan Peninsula, Chiapas, and Tabasco in Mexico, and in Belize and Guatemala. They are fewer in number, of course.

Plan your trip carefully to make the most of your visit to these stunning archaeological and architectural sites. Trips like these allow you to learn more about old civilizations and their contributions to modern-day infrastructure and architecture.

Meta Title: How Mayan Ruins and Excavations Relate to the Book of Mormon

Meta Description: If you’re preparing a Mormon travel itinerary, learn about the Mayan culture and its connection to the Book of Mormon. New research reveals amazing facts.

Morocco is safer than you think!