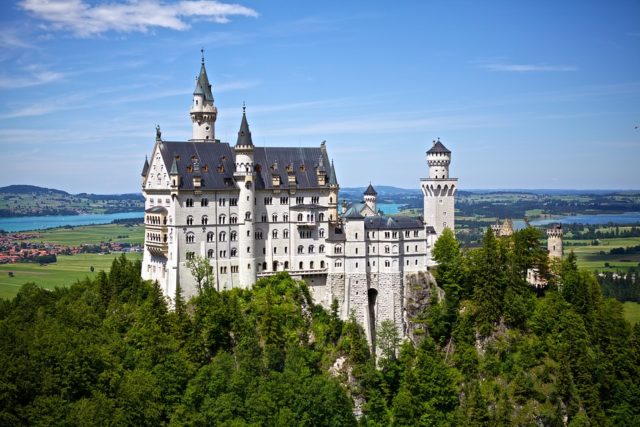 There’s no denying that Europe is a dream destination for many travelers. The continent has an Old World glamor that’s impossible to replicate anywhere else, with nearly every city offering a glimpse of history that leaves tourists aching for more. Europe received 713 million visitors in 2018 alone, with France taking the crown as the most visited country. But a European holiday can be a bit of a drain on the finances, and the high cost of living and travel between countries can take its toll. Luckily, budget travel through Europe isn’t impossible, and if you do your research then you’ll find that there’s more than one way to save on your adventure. Here are a few of the most popular ways to get around Europe on a budget.

Trains have long been part of the romance of European travel, immortalized in films like Richard Linklater’s Before Sunrise series. There are tons of lines that link major and not-so-major cities, allowing for ease of movement without the stress of airport immigration. Travel by train is usually considered a pricier, if more convenient option, but there are resources to help passengers. Seat61 has a list of tips and tricks to make the most out of your train trips, including when to buy tickets, what scenic routes to take, and how to get the biggest bang for your buck. If you want to try your hand at navigating the vast network of Europe’s cross-country railways, this is one place to start.

Traveling by bus is one of the cheapest ways to get around Europe, but it does have its pros and cons. On the plus side, services like FlixBus allow for cheap and straightforward travel between a variety of European cities. But these services have their downsides as well— bus travel unfortunately comes with all the problems of road travel, including traffic jams and unexpected breakdowns. You’ll also need to be mindful, as not all bus drivers or operators will provide services in English, which means you need to pay a little more attention to your trip. But if you’re game for a little bit of adventure and don’t mind a flexible schedule, then this is one great way to get around.

Yes, traveling by air is far from the most economic option, but it isn’t always as expensive as it seems. Europe now has a variety of budget airlines that you can take your pick from, with airlines like EasyJet and Ryanair offering more routes and options than ever before. Getting a cheap ticket can take a little bit more legwork, however, as you’ll need to pay close attention to sales and promos in order to make the most of your money. Still, if you’re willing to pay a little more for convenience, taking a flight isn’t a bad idea. A feature by Aviation JobNet recommends that you look at a variety of factors, including ticket prices, consumer ratings, and luggage surcharges, before picking your airline. Don’t be afraid to do a little research, and look out for hidden charges.

The Reason For Need A Vacation Plan

Why Sydney Is the Best Place to Watch Whales

Adventure in Tokyo: Asakusa beyond the tourist’s view