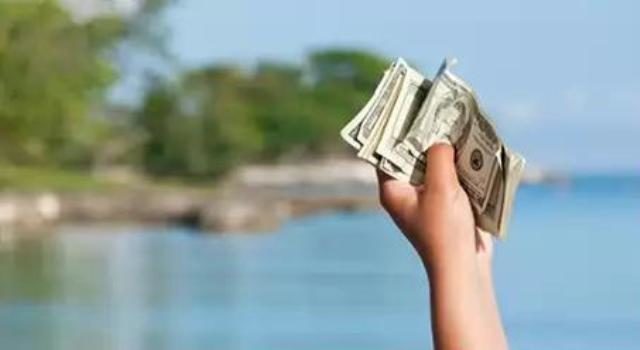 Do you want to visit the Caribbean without spending your entire salary for a few days in paradise? If so, you don’t have to visit the most expensive islands and could head to the Dominican Republic instead. You can find lots of accommodation from homestays with local families to Dominican Republic villa rentals overlooking the sea. Regardless of what your budget is, you should try to make your money last longer. Here are nine ways to be more savvy in one of the best Caribbean destinations.

Locals may not have much money despite the luxurious setting around the resorts. For this reason, they see all tourists being rich and wealthy. If you ask someone the price, they’re probably going to quote much higher to a foreigner than a local. And when you’re in the markets it may be up to three or four times more. People expect you to bargain unless you see a price tag.

The easiest way to get ripped off in pretty much any country in the world is with taxis. Drivers are infamous for taking longer routes to rack up the miles or charging a ridiculous fee. The Dominican Republic taxis are no different and can even be very dangerous. Expect the drivers to shout at you when walking down the street with some being more persistent than others. The general rule is that anyone who approaches you is probably going to rip you off. Instead, use Uber. Uber is popular in Santo Domingo and has more consistent prices as well as being safer.

Scammers are everywhere in the Dominican Republic. Locals who hustle for a living want your money and will go to any length to get their hands on it. If you want to make your money last longer, don’t get scammed. Always be vigilant and have your wits when people approach. If you’re planning to take a tour, go to a licensed tour operator rather than someone in the street. Or, ask for suggestions from the hotel receptionist or someone who lives there.

Petty crime is one of the biggest problems facing tourists holidaying in the Dominican Republic. Your expensive phone, watch and jewellery are at risk of being snatched if you’re not careful. The fastest way to lose money is by having to replace stolen goods from carelessness. It’s best to leave the expensive and valuable things at home and not even bring them to the Dominican Republic. And if this isn’t possible, store them in the hotel safety deposit box. If you to let your guard down for a split second, someone can quickly snatch your phone in the blink of an eye.

If you want to explore more of the island, rather than hiring a private driver or joining an expensive tour, why not use the public transport. A fleet of buses connect to most parts in the Dominican Republic, and the cost of travel is much less compared to other forms of getting around. Don’t expect luxury or even a comfortable ride, but you’ll get to your destination. If you do want to use the bus, it may be a good idea to double check timetables and bus schedules before planning day trips.

If you’re at an all-inclusive resort in one of the wealthier, touristy parts, feel free to don your designer clothes. But, if you’re walking through the streets of Santo Domingo taking photographs of the colonial architecture, don’t. When people see you wearing expensive attire, it increases the chance that you’ll become a target of theft.

The capital has better value for money accommodation than the lavish resorts in Punta Cana and Puerto Plata. The Dominican Republic’s resorts are full of overpriced hotels where tourists pay thousands for their vacation. If you want to spend your time inside the complex lounging around a pool, it’s better just to choose a cheaper holiday destination. But for those who want to explore and have more of an adventure, the capital is the better area to stay.

Tax is part of life around the world. But the amounts in the Dominican Republic will probably dwarf what you pay back at home. And you may not even know until the bill arrives. Hotels charge 25% room tax on top of the advertised cost while restaurants often don’t mention the extra 18% sales tax and further 10% service fee. If you go out for a meal, it can be easy to forget to ask if they include tax. And what you thought was an affordable meal suddenly becomes very expensive.

9. Learn a Few Words of Spanish

Almost everyone will give you the ‘gringo price’ when you speak and try to bargain in English. But, if you know a few phrases of Spanish and communicate in their language, you’re probably going to get a better deal. It’s not necessary to be fluent in the language (but it certainly helps) and high school Spanish is usually enough to save you a little bit extra.

Saving Money in the Dominican Republic

The Dominican Republic is perfect for a luxury vacation or to experience the country’s traditions, culture and colonial past. Regardless of your budget, saving money should be your top priority. Speak a little Spanish and don’t flash your expensive goods and you’ll keep more of your hard-earned cash that could be better spent elsewhere.

SENIOR CARE LIVING; WHY IT IS ESSENTIAL

Totally different Options That Are Provided in Limos Out there for...

Why Will Riga Be the Finest Journey Vacation spot in Europe?

Journey and Excursions – A Vacationer Information to Orlando